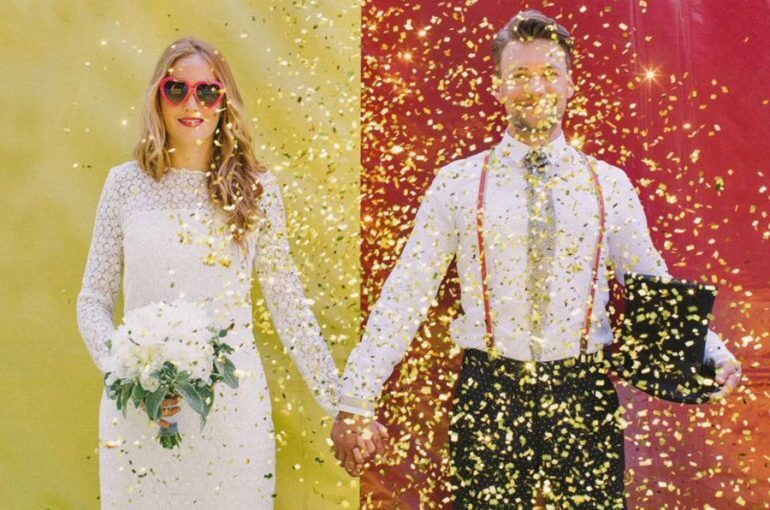 Don’t get used to the average wedding: spice things up with something unique!

Wedding traditions are often charming and timeless. However, it might be quite fun to break them and come up with something new and forward-thinking! Keep reading to learn more about some amazing ways to make your wedding special, adding your own twist to some special traditions that have been around for ages!

Who said engagement rings are for girls?

Traditionally, the would-be groom is the one who’d buy an engagement ring for the fiancee. However, things are changing fast, and “mangagement” rings are actually becoming as popular as ever! These stunning rings are currently worn by many men, who are eager to show their pledge of love and allegiance through wearing a ring with such a powerful symbolism behind it.

Having said that, who said that you need to have an engagement ring or even a wedding ring at all? You would be surprised to know how many people actually prefer not to have a wedding ring. Some people are actually allergic to metal. For this reason, they choose to wear wooden rings. These beautiful and sustainable rings can be quite stunning and they can actually have a strong meaning as well. Other couples prefer not to wear rings at all. Some actually have wedding tattoos instead! While this was soon as a very alternative thing just a few years ago, it is quite commonplace now, as more and more couples are choosing wedding tattoos over rings!

Should the bride take the groom’s last name?

Historically, married women have been adopting the family name of their husbands for many years. However, that is not a hard and fast rule. Today, there are many alternatives, and not every wife takes the groom’s surname. Some couples simply prefer to keep the same names – This is especially true for people who rely on their name for professional purposes (ie. entertainers, or any person whose name is quite publicly recognized in their communities). Having said that, there are actually many people who don’t do the name change because it actually saves them some money in the legal proceedings to get the name officially switched!

However, there is also another option. Many men are actually starting to take on their wives’ surname instead, reversing cultural stereotypes! According to recent statistics, men who take the family names of their wives are still very rare, accounting for roughly 3% of them. However, the number is on the increase, and there are more and more men who are eager to take their bride’s name instead.

There are many reasons why a man would opt to take on his wife’s name. For instance, the couple might simply like the sound of a name or perhaps think that a specific family name would be better suited to the name they intend to give their children. It really all depends on a case to case basis, and there are just as many occurrences as there are couples out there!